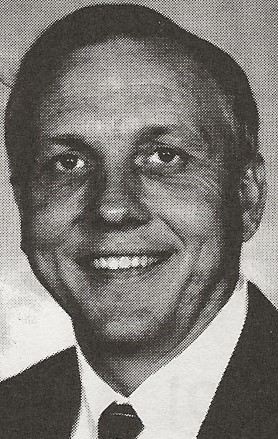 Biography: Tom Wierzba built Farmington into a perennial small school power from 1983-2009. Wierzba served at Greenview, Bushnell-Prairie City and Jersey Community before he started to build the Farmington Dynasty.  In 38 years of coaching, the ex-standout prep at Danville Schlarman won 611 games. In 26 years at Farmington he won 520 games. His teams claimed 8 regional titles, 7 sectionals and made five Class A Elite Eight trips, with a third-place finish in 1998 and a fourth with a 32-3 team in 2007. His teams won 10 conference titles and 14 tournament championships at the time of his induction in 2001.  He had five players named all-staters as of 2001 – Scott Welch, Scott Coykendall, Seth Nelson and sons Ben and Rhet. The two all-state sons of Tom and Cindy made Wierzba’s coaching wars extremely enjoyable. They competed in 156 of his coaching victories. Both were Peoria Journal Star players of the year, played in IBCA All-Star Games and won Class A North leadership awards.  Ben And Rhet joined their dad in the IBCA Hall of Fame in 2010. Wierzba served as IBCA President, was a member of the IBCA Board of Directors and the IHSA Basketball Advisory Board. He also served as coach of the 1997 Class A North in the IBCA All-Star Game.