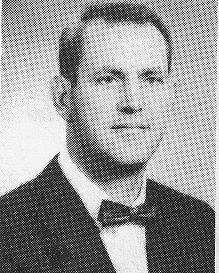 Biography:  John Kiick compiled a 446-216 record in stints at San Angelo HS (Tx), Sul Ross College (now Sul Ross State University of Alpine, Tx.), and Warrensburg-Latham HS where he served from 1952-73. His teams at Warrensburg-Latham picked off 10 Cenois Conference titles and five Macon County Tournament crowns. Kiick’s 1957 team was an IHSA Regional winner and the 1967 team posted a perfect 23-0 regular season mark. During a four your stretch from 1955-58 his clubs were 92-19. Kiick is also a member of the Eureka College Hall of Fame and received an Alumni Coach of the Year Award from them in 1958. As a Eureka player he set one game, one year, and four year scoring records by the time he graduated.  John Kiick passed away during 1995.