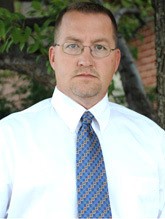 Biography:  At the time of his induction, Donnie had built a 476-152 record as the head women's basketball coach at Kankakee Community College.  In 2019, he was inducted into the NJCAA Region IV Hall of Fame.  He guided KCC to 20+ wins in 15 of his first 20 seasons at the helm.  During that time, he coached the Lady Cavs to 13 Region IV Champinships and 13 NJCAA National Tournament appearances.  His teams placed second nationally in 2007 and 2008.  The teams also won 4th place finishes on two different occasions.