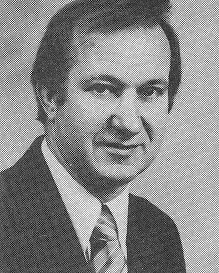 Biography:  Chuck Rolinski is probably the main reason Illinois has a two-class basketball tournament. Although his tiny Toluca High School made it to the IHSA Sweet Sixteen in the one-class system in 1967, Rolinski was a firm believer the state’s smaller schools deserved a tournament for themselves. In 1972 Rolinski’s dream was realized. In 34 seasons at Toluca, Rolinski’s teams produced 649 victories against 252 losses. Included are 19 Tri-County Conference titles, 14 Tri-County Conference titles, 7 holiday tournament crowns, 16 IHSA Regional championships and 3 IHSA Sectional titles. Rolinski was the primary organizer of the Illinois Basketball Coaches Association and served as its first president from 1972-1975.  Rolinski has also served the IHSA on its basketball advisory committee. Sadly, the state of Illinois and the IBCA lost this basketball giant on September 23, 2014.  His legacy continues through the IBCA where all activities align with Chuck’s philosophy and beliefs.