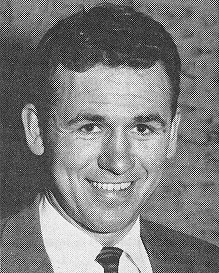 Biography:  Don Sheffer was the first coach in Bureau County history to take a team to the state basketball tournament.  That first trip for Princeton HS came in 1954.  Princeton returned in 1955 and captured the IHSA 4th place trophy.  Princeton earned eight conference basketball championships under Sheffer who finished his career with 328 victories and 193 losses.  Don left teaching and coaching in 1965 to run a private insurance business which he did until his retirement in 1988.  Don Sheffer passed away on October 2, 2012 at the age of 88.