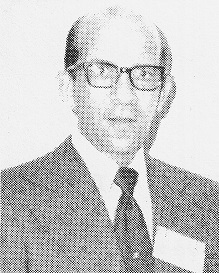 Biography:  Harry spent 20+ years as the editor of the Olney Daily Mail. During that time, he wrote about Olney and North Egyptian Conference sports.  His basketball column "Double Dribbles" was a regular feature of the paper.  Harry won the first place state award for the best sports story by UPI in consecutive years,  1972 and 1973.  He co-authored a forth-Year History of the North Egyptian Conference with Hall of Fame Coach, Ron Herrin.  He served as a member of the AP rating and all-state board.  Harry also served as the president of the NEC Writers' Association.  Harry Hillis, Jr. passed away on December 8, 2017 at the age of 89.