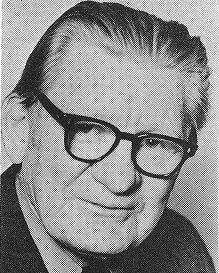 Biography:  Pat Harmon covered high school sports in the 1930’s and the 1940’s.  Pat was credited in picking the first All-State Team ever in 1933.  Pat moved to the News Gazette in 1935 and became sports editor in 1942—succeeding Eddie Jacquin.  Pat was also credited with publishing the first record book for the State Basketball Tournament in 1940.  He left Illinois in 1947 to become the sports editor of the Cincinnati Post.  Pat was a contributing sports editor to the World Book Encyclopedia Company and is honored in Who’s Who in America.  Pat Harmon passed away on July 28, 2013.