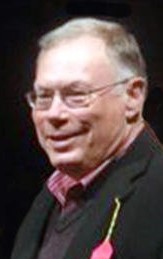 Biography:  Jim is a former athlete and coach who became the sports director and play-by-play announcer for WSPY-FM radio in Plano.  He has been doing play-by-play for IHSA sports beginning in 1996 and was named the sports director at WSPY in 2001.  Jim has broadcast state championship games in various sports, including the basketball championships for Hinckley-Big Rock High School girls teams in 2009 and 2010.  He was also behind the microphone for the Newark High School boys as the won in 2011.  Jim is highly respected by athletes, coaches, and fans.