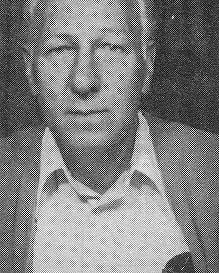 Biography:  John Fraser has officiated Illinois high school basketball along with assignments in the Big 8, Big 10, and Missouri Valley Conference on regular season games. Fraser officiated the 1954 IHSA championship game –Mount Vernon 78, DuSable 70 – to cap his three years as an official there. Fraser worked the 1956 NCAA playoffs in Oregon and the 1956 National AAU Tournament in Denver – a tournament he had competed in as a player.  Fraser also worked the Big Eight Conference Tournament and the Oklahoma City Tournament as well as the Blue Grass Festival in Louisville.