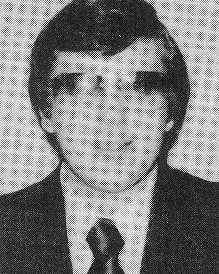 Biography:  In 1961, Bryan Williams hit a 64-foot, last-second shot to give (Danville) Schlarman High School a 76-75 win over Clinton High School in the Decatur IHSA Super-sectional game. That shot capped a rally which saw Paul Shebby’s Toppers wipe out a 14-point deficit in the final 6:36. Williams was 18 of 30 from the field that night. His 64 foot shot beat the state tournament mark by one. That had been set by Schlarman’s Jerry Kummerle in 1958 in a quarter finals game in Champaign’s old Huff Gym. The ambidextrous Bryan had 56 points against Salem in the Centralia Holiday Tournament to set the Schlarman school record. He was an all-state player and an all-American selection in 1961. His senior year saw him average 26.8 ppg. After high school, he went on to Xavier University where he posted a 19.0 ppg average. He also set the Xavier record for most assists.