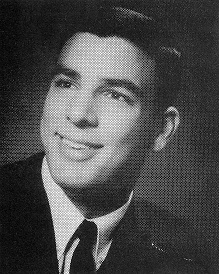 Biography:  Terry Miller was a starter for Arcola High School from 1961-64. During his junior season, Arcola reeled off 25 consecutive victories. As a senior, Miller led Arcola to a 26-6 record and to the IHSA Sweet Sixteen, where they lost to (Decatur) Stephan Decatur High School. Miller attended The University of Illinois on a football scholarship, lettering three years before playing five seasons in the National Football League with the Detroit Lions and the St. Louis Cardinals.