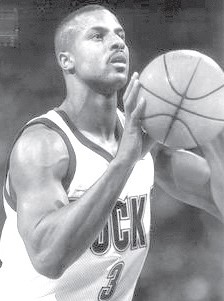 After starring at Chicago's Crane Tech High School, Ken played at the University of Illinois and averaged 15.1 points and 6.9 rebounds in three seasons. He was a second-team AP All-American in 1987, averaging 20.7 points and 9.8 rebounds.
Ken was taken in the first round of the 1987 NBA Draft as the 19th selection by the Los Angeles Clippers. He played
10 seasons in the NBA, averaging 13.5 points and 6.1 rebounds per game.