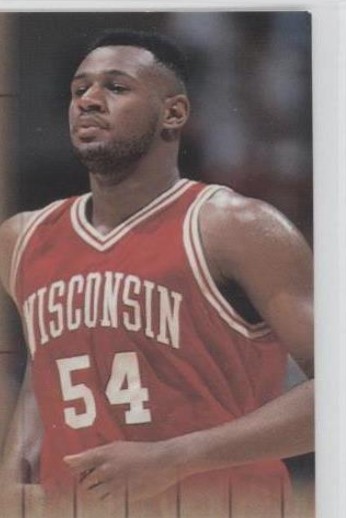 Rashard was a 7-footer and a big-time force in the middle for Chicago King High School. He led King to the 1993 Class AA state championship and was named Illinois’ Mr. Basketball.  He also earned McDonald’s All-American recognition.  Rashard went on to play at the University of Wisconsin.  He continued to be a force inside for the Badgers, becoming the school’s all-time leading shot blocker.  Although drafted by the Milwaukee Bucks, Rashard never played in the NBA.  He had a very productive 14 career overseas.