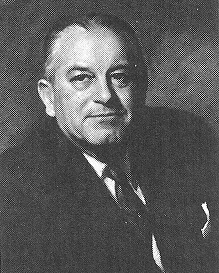 Biography:  Doug Mills, a retired University of Illinois athletic director and former coach, is often overlooked for his contributions to the game as a player.  Mills is one of a few athletes to have played on two Illinois state championship teams.  His Elgin HS teams ruled the state in 1924 and 1925, while he attained all state player recognition.   At the University of Illinois, Mills won three letters as a basketball player for the Illini.  As a senior he was a member of the All-Big Ten squad.  Doug is a member of the IBCA Hall of Fame as a player (1976) and as a coach (1975).  He passed away on August 12, 1993.