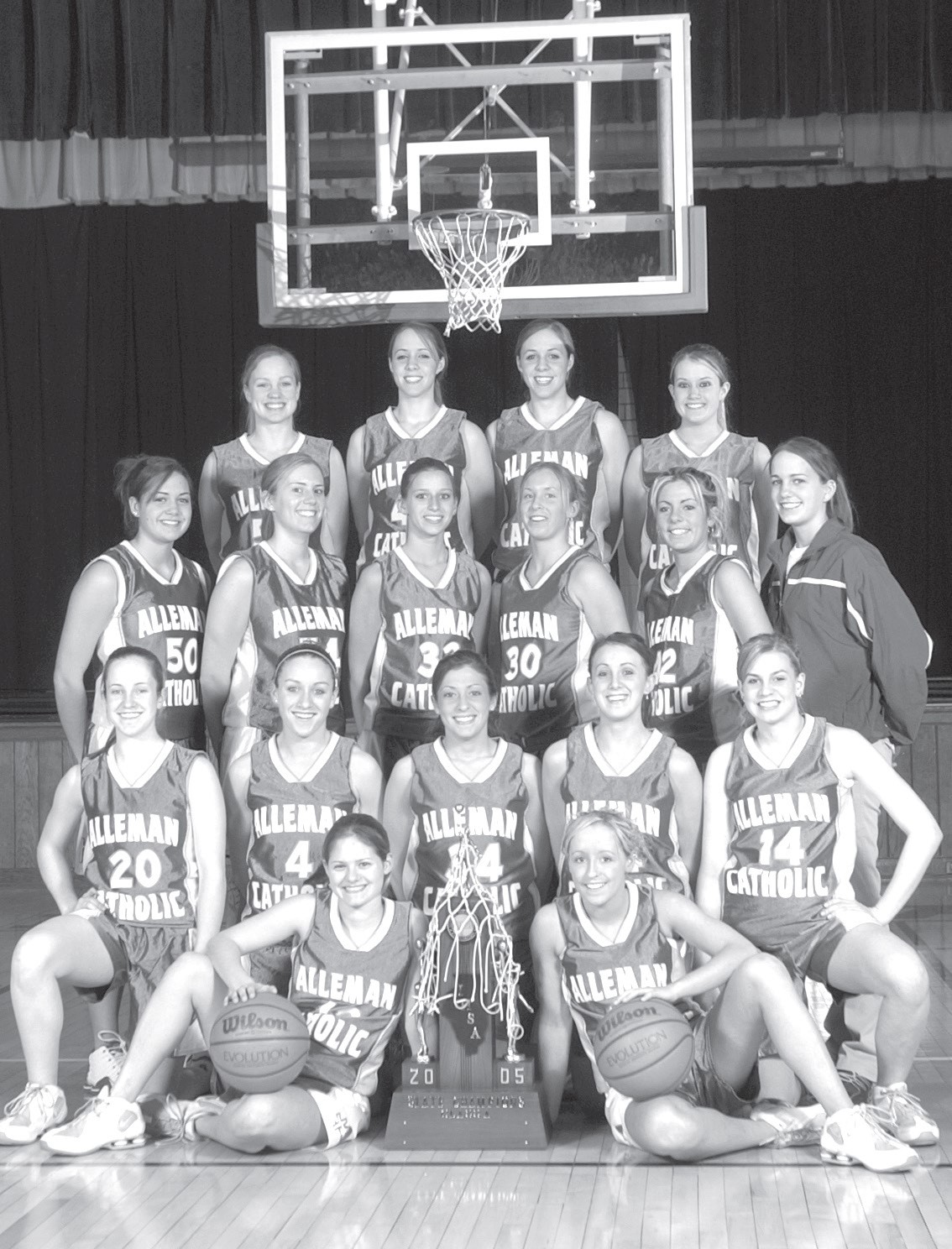 The 2004-05 team finished with an outstanding 31-7 overall record on their way to the IHSA Class A State Championship! This State basketball title was a first for the Quad City area- girls or boys. Class A State final games at Redbird Arena saw Alleman winning 32-27 over Nashville, 53-48 over (Sterling) Newman, and 58-53 over (Chicago) Hope in the championship game.  During this championship season, the Pioneers also captured several other big titles - the State Farm Classic in Bloomington and Galesburg’s MLK Classic. Individual honors were earned as well. Amanda Clifton was selected to the IBCA All-State 3rd team, All-Conference 1st team and shared team MVP honors with Katie Manning. Emily Chesser earned IBCA All-State 4th team and Megan Marlier was the team’s Most Improved. The 2004-05 Pioneer team was chosen by the Dispatch Newspaper as Player of the Year - the first and only time an entire team has been selected.  If ever there was a team who embodied what a team really means - it was our 2004-05 Girls Basketball State Championship team!