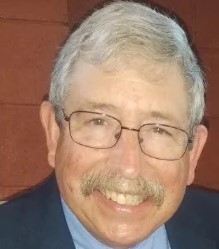 Biography: Throughout his career, Coach Firchau earned the reputation of being a “builder of basketball programs” as he turned around several losing programs. For instance, his 1984-85 Harvard Team (29-3) reached the “Final Four” in the Class A State Tournament and won 27 consecutive games. At Westminster Christian, he inherited a program that had gone 13-67 (2002-05) and had lost 28 games in a row. Ten years later his teams were 174-109 and won 3 regional titles. In Bruce’s 38 years as a varsity coach his teams won 557 games. Seven times Bruce received Coach of the Year awards and in 2007 he was inducted into the IBCA Hall of Fame. Coach Firchau is also in the Oswego Hall of Fame. In an effort to show students that scholarship and athletic go hand in hand, he created reading clubs to encourage elementary students to read books.  Firchau and his players over the years addressed 30,000 students on the importance of reading and as a result 159,000 books were read. His reading program was recognized nationally and statewide by “Read Across America.”  Bruce has served on the IBCA Board of Directors, the IBCA Executive Board, the IBCA All-State Boards, Chaired the 1A-2A All-State Board and served as the Hall of Fame Banquet Chairman. Presently he is the IBCA Hall of Fame Selection Chairman and the Basketball Museum of Illinois Chairman. Firchau is the recipient of the A-E-O Meyer-Harte Award and the Chuck Rolinski Lifetime Achievement Award.