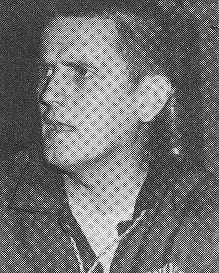 Biography: Ed Galvin compiled a distinguished record both as a player and coach. An all-City selection at Chicago’s St. Phillip High School, Galvin averaged 15 points and 12 rebounds. At Loyola University (New Orleans) Galvin set scoring and rebound records, while being named most valuable player for three straight years. A member of the Collier’s All-American in 1955 he was a draft choice of Syracuse Nationals. Galvin coached his way into the Catholic League Hall of Fame by compiling records of 284-82 and 227-127 at St. Rita ad Fenwick High Schools, respectively. He was named Catholic League coach of the year in 1971. Galvin worked as a broker on the Chicago Mercantile Exchange.  Coach Ed Galvin died on September 18, 2021 at the age of 88.