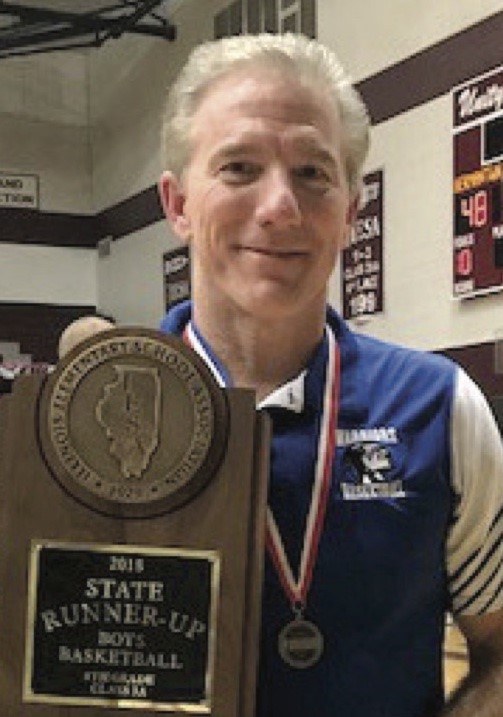 Biography: By the time of his 2018 Hall of Fame induction, Russ had become a fixture at Germantown Hills Junior High, coaching both the seventh and eighth grade teams for more than 30 years.  He also coached 393 games at Peoria, bringing his total number of games coached to 1,262 at the time of his induction.  His 818-444 record through 34 seasons included six IESA regional championships.  Russ also led his teams to three sectional titles and three state tournament appearances.  He twice was named an IBCA Coach of the Year.