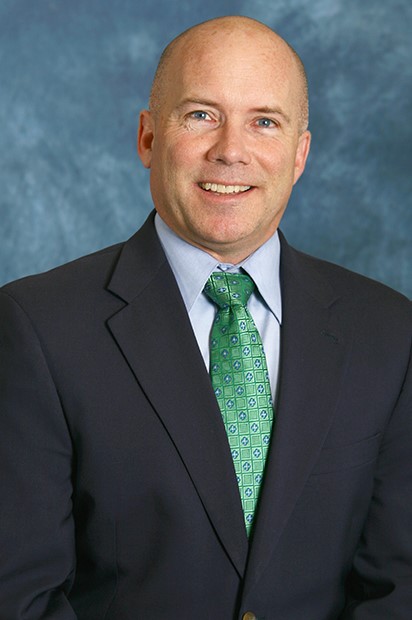 Biography: Kurt Gibson is best known for his years of service to the IHSA, but prior to his arrival to the IHSA office Kurt was a teacher, coach and principal. Kurt was a teacher and coach at Iroquois West Jr. High, Coal City H.S., Hinckley-Big Rock H.S. and Manteno H.S.  At Manteno, Kurt was the varsity boys’ basketball coach and led them to their first conference championship since the 1950’s.  During his coaching career, Kurt served as a crew member on the IHSA 3-point contest.  In 1999, Kurt made the transition into junior high and high school administration.  He served as an administrator at Manteno Jr. High and Erie High school.  Kurt’s IHSA administration work began in 2002 when he became an Associate Executive Director for the IHSA and continues in that capacity to the present.  His responsibilities are many including boys’ basketball.  Kurt is also a member of NFHS Basketball Rules Committee. He is always out and about traveling the state, taking in games and evaluating officials. Recently the National Federation of State High School Associations announced that Kurt Gibson was being recognized for his contributions to the NFHS and the IHSA.