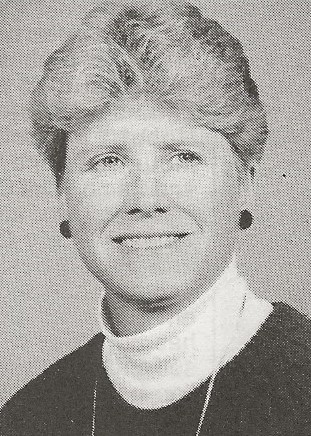 Biography: Vicki Green didn’t get to play high school basketball at Abingdon, but she’s certain she has realized a dream in her 24-year career as head girls’ basketball coach at Rushville High School.   “I got to play at Western Illinois University,” Green said, “but the girls programs were just starting when I began at Rushville.”  Green was 483-163 at Rushville before she retired. Green’s teams won 17 IHSA Regionals, 4 IHSA Sectionals and 3 IHSA Supersectionals. Rushville has a third-place trophy in 1981 and a second-place in 1983 to show for three Elite Eight appearances.   Green owned 14 20-win seasons and had only one losing season. Five times she was named Macomb Journal Coach of the Year and she received the honor in District 17 in 1991 and 2000. She was named to the Abingdon Hall of Fame in 2000. She also served the IBCA as an assistant and head coach of the South in the Class A All-Star game.  Green was accorded the inaugural Western Illinois University’s Westerwinds Achievement Award for outstanding accomplishments in the advancement of girls athletics. She served several years on the IHSA Girls Basketball Advisory Committee.