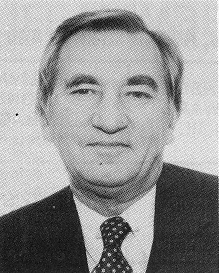 Biography:  Bob Brinkmeier compiled one of the top records among small school coaches in Northern Illinois. He compiled a 371-142 record at Forreston before moving to Freeport Aquin where he was 88-63. During these two coaching tenures, Brinkmeier had eight consecutive 20 victory seasons and 21 consecutive winning seasons. Brinkmeier then moved on to become an assistant superintendent of the Illinois State Fair. He served as an Illinois State Representative for 10 years, including some of the years he coached at Aquin. Bob Brinkmeier passed away on March 9, 2007 at the age of 84.