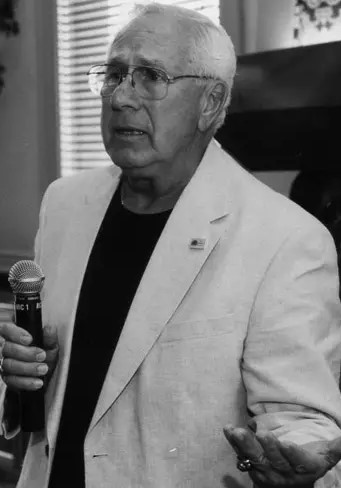 Biography:  John Jones decided that coaching was his desire when he was a junior at Chicago’s Lindblom High School.  His football coach, Dutch Von Brenner, helped mold his life and coaching philosophy—there is more value in athletics than mere winning.  Jones launched his career at Oak Lawn HS in 1955, just after that school opened its doors.  John moved on to Lemont High School and became their head boys’ basketball coach from 1961-89.  Since Lemont was an independent school, everybody wanted a piece of his team.  Lemont played all the strong teams in the Joliet area. Over his career, John’s teams won 409 games.  His clubs won North East Conference titles, two IHSA districts, regional titles and played in the Sweet Sixteen in 1975.  His program produced seven all state players and more full scholarships than any Class A team in the Joliet area.  John was the head coach of the IBCA All Star game in 1986.  During his time as the athletic director of Lemont HS, John is credited with beginning the girls’ athletic programs there.