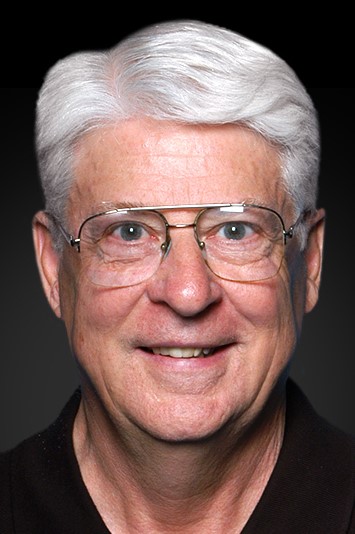 Biography:  Dick Helm is a 1951 graduate of Tuscola High School where he established a single game scoring record of 41 points.  He attended Wheaton College where he compted in basketball, football and track for the Crusaders, graduating in 1955 with the distinction of never playing for a team with a losing record.  He has been selected into the Wheaton College Hall of Honor in all three sports.  Dick began his coaching career as an assistant at Wheaton High School from 1958-64.  He became the first head coach at Wheaton North HS in 1964.  He stayed there through 1972.  In the season that Wheaton North graduated its first senior class in 1967, Dick's team won the Tri-County Conference and an IHSA Regional.  From 1972-75 he was the coach at Judson College.  20 years after graduating from Wheaton College, Dick returned as their head coach.  He quickly returned that program to a competitive level.  He helped as an assistant coach at North Central College in 1983-84 before moving on to the NBA.  During his 16-year NBA career, Coach Helm was a part of five separate coaching staffs led by Lenny Wilkens. Dick started his career as an assistant coach with the Seattle SuperSonics in 1984. Coach Helm then followed Coach Wilkens to the Cleveland Cavaliers for seven seasons (1986-1993) and the Atlanta Hawks for five seasons (1993-1998). After taking a few years off from NBA coaching, Coach Helm later reconnected with Lenny Wilkens for one season with the Toronto Raptors (2002-2003) and ended his NBA coaching career on a two-year stint with the New York Knicks (2003-2005). Coach Helm was awarded the Tex Winter Assistant Coach Lifetime Award by the NBA in August of 2021.