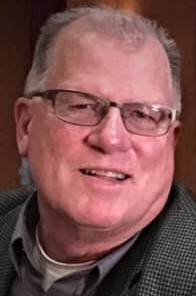 Biography:  Rick Moss completed a highly successful 21-year run of coaching high school basketball in Illinois in 2002. The Highland High School graduate began his coaching career at St. Paul High School in Highland and spent three years there. Next came a four-year stint at Vandalia High School.  Moss moved to (Summit) Argo High School in 1983 for a five-year stay, where his Argonauts won 50 straight conference games. Moss then took a hiatus from the high school ranks to spend five years as an assistant at the University of Iowa under Dr. Tom Davis.  He returned to the high school ranks in 1993 as head coach at Centralia High School. He is the only Orphan coach to win 20 games a year for eight out of his nine-year tenure. Moss’ 27-6 team which finished third in IHSA Class AA in 2001-02 gave him an overall mark of 465-125. HIs 2000-01 team was 24-4 overall and 10-0 in the South Seven Conference.  Moss’ teams claimed 14 conference championships, 17 regional titles and nine sectional crowns. His 1998 team also made the Elite Eight. He was named District Coach of the Year eight times by the IBCA.  Rick finished his career as the athletic director at Carbondale High School.  Coaching his son Ty in high school for four years, Moss said, provided some of the most memorable and enjoyable moments of his coaching career. Moss and his wife Pat also have a daughter, Tara.