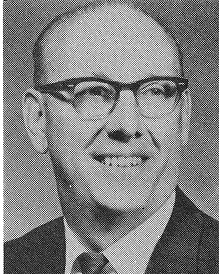 Biography:  Dr. William Healey coached at both the high school and collegiate levels.  His combined record is 386-188.  He was selected as one of the five outstanding basketball coaches in the nation by the Chicago Writers’ Association in 1951.  At Eastern Illinois University his teams won or tied for IIAC Championships six times.  They competed in the NAIA championships four times reaching the semifinals in 1952.  Eastern Illinois went undefeated in the regular season in 1951-52 (23-0).  Dr.  Healey was elected into the Wisconsin State University at Whitewater Hall of Fame in 1968.  He passed away on April 6, 1999.