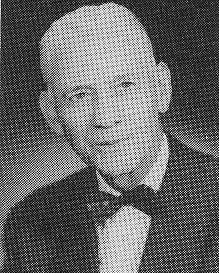 Biography: Floyd B. Smith is truly a friend of basketball to the entire state of Illinois.  Floyd spent 40 years as an educator at Benton and Fairfield High Schools.  He coached for 7 years before turning to administration.  In 1917, his team was Southern Illinois Champions.  Smith was the main organizer and founder of the South Seven Conference in 1939.  He published and printed the first set of conference by-laws as well as its constitution.  Smith also served as president of the IHSA for 20+ years, longer than any other official in the organization at the time of his 1978 induction.  Along with Al Willis, the executive secretary of the IHSA, Floyd promoted the inclusion of the black schools to the IHSA.  In 1946, he allowed Mounds Douglass to play in the Benton Regional—truly a landmark decision