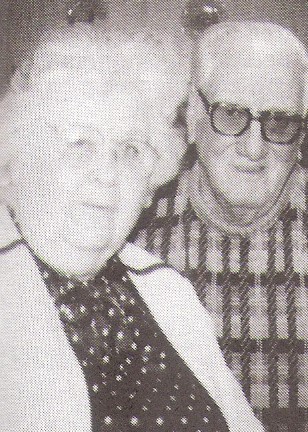 Biography: Charlene Beers graduated from Rock Island High School and went to work for State Bank where she became its first female teller during World War II. Richard Guthrie graduated from Hedrick (Iowa) High School in 1936 and played on the school’s Sweet 16 basketball team. Guthrie also lettered in football, baseball and track and field. He moved to Rock Island and was a familiar figure in city basketball, softball and bowling leagues.  Charlene and Richard were married in 1942 and had two sons and two daughters. They held season basketball and football tickets at Rock Island since 1942 and didn’t miss a game except for five years when they lived in Iowa. They were active members of the First United Church of Rock Island and helped IBCA Hall of Famer Duncan Reid with his fifth- and sixth-grade basketball programs. Richard passed away in March of 2003 at age 87 and Charlene passed away in October of 2007 at age 82.