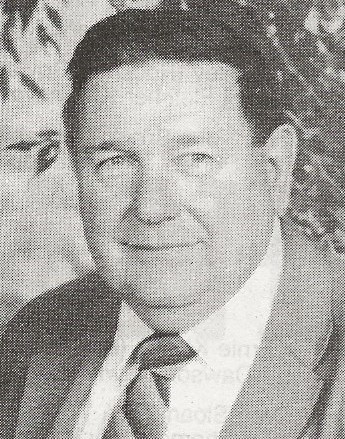 Biography: When you think of Westville athletics you think of Barney Vilk, a lifelong resident of the small east central Illinois community. Vilk served Westville as a top player, basketball coach, athletic director and principal. After being named best sportsman at Westville in his senior year in 1944, Vilk served two years in the Navy. From 1946 to 1951 he attended Illinois College, where he played football, basketball, and baseball. From 1954-1956, Vilk served as assistant basketball coach and football coach at Westville High School. In 1956, Vilk became head basketball coach and produced a 148-78 record before stepping down in 1968. In 1967, Vilk became assistant principal. In 1969, Vilk decided to relinquish his coaching responsibilities to become the school’s principal. In 1979, Vilk also stepped down as athletic director. Vilk has the distinction of playing on a Vermillion County Tournament championship team, coaching a Vermillion County champion team, and was a principal of a Westville team which won a Vermillion title. During his tenure at Westville, seven former students taught there, three coached basketball—varsity boys, varsity girls, assistant varsity boys. In addition, one coached varsity girl’s track and one varsity football. The impact Vilk made at Westville has been great. His friendship of basketball and athletics at Westville could be no greater.