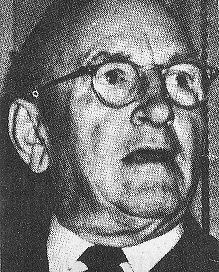 Biography: Lewis Omer is the father of the Illinois State High School Basketball Tournament.  In 1908, while the director of the Oak Park YMCA, Omer conceived the idea of the tournament.  He invited 13 teams (12 entered) to the tournament that was won by Peoria Central.  He suggested to the then infant IHSA that it should take over the venture.  This tournament has emerged as the most widely publicized and competitive prep event in the nation.  Other states have copied what Illinois began.  We are “The Original March Madness”!  Lewis taught at Thornton and Oak Park.  Additionally, he served as track coach at Northwestern University.  During WWI, Omer held the rank of major and was assigned as the athletic director at old Camp Grant.  He then served in the same capacity at Carthage College from 1921 to 1936, retiring from the faculty in 1941.  Mr. Omer died in Carthage on Jan. 3, 1954 at the age of 78.  His contribution to the game of basketball in the state of Illinois may never be matched.