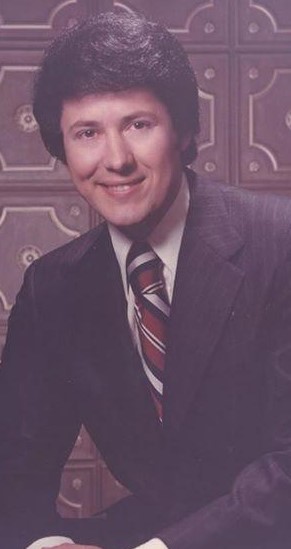 Biography: Frank Bussone served as network anchor broadcaster for television for the Illinois High School Association Boys’ and Girls’ class A and AA basketball tournaments for the several seasons. He also did television play-by-play of IHSA super-sectionals in Bradley’s Robertson Fieldhouse from 1973 through 1978. He did radio play-by-play of IHSA boy’s tournaments for Peoria’s WMBD from 1962-1965. He provided television coverage of the boy’s tournaments from 1970-1979 for Peoria WEEK-TV, the station for which he became the station manager. In addition, he was an anchor announcer for Bradley basketball. Frank was inducted into the Bradley University Hall of Fame in 1988.  Frank was on the microphone for 2 of the greatest games in Illinois basketball history.  In 1981, he broadcast the 7 overtime game between Bradley and Cincinnati from Robertson Memorial Fieldhouse.  This remains the longest game in NCAA history.  The 2nd highlight for Frank was the broadcast of the classic 3 overtime IHSA title game between East St. Louis Lincoln and Peoria Central in 1989.  Frank Bussone died on March 15, 2017 at the age of 74.