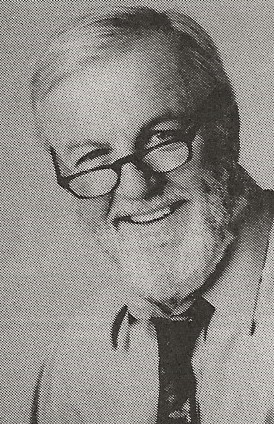 Biography: Phil Theobald professed not to like basketball and said “the season is too long and it is too unstructured.” Readers in Central Illinois were blessed with his aggressive, dedicated and straight-forward style for more than 40 years, which was disliked by some and loved by others. Theobald, who became the Peoria Journal Star sports columnist, blamed his career on Hall of Fame Galesburg coach John Thiel because “he took one look at my jumpshot and suggested I be a sportswriter.”  Theobald was hired by Joe Morrissey at the Galesburg Register-Mail, moved to the Canton Daily Ledger in 1964 and to the Journal Star in September 1966. Theobald made and attracted many friends to the Journal Star when he was responsible for the old “BigS” sports page on Sundays. He visited every high school in the circulation area for a story, regardless of a team’s record, sometime during the school year.  Pekin’s state titles in 1964 and 1967 under coach Dawdy Hawkins stand out and players such as Albert and Elbert Kimbrough and Al Williams (a 6-foot-1 center) and Bradley’s Joe Stowell, Al Smith and Roger Phegley were also special to Theobald.  Theobald voted Ron Ferguson’s 1972 (Dolton) Thornridge HS state champions as the best ever. He disagreed with Journal Star readers when they picked an all-century Peoria-area team because they relied on players of recent vintage. “I’d take Ron Wendelin, Mike Owens, Dale Kelley, Dave Downey, Fred Miller, Dave Golden, Howard Cole, Alvin O’Neal and Roger Phegley,” Theobald said, “and play them head-to-head.”  Theobald wondered how his ex-boss, IBCA Hall of Famer Paul King, hired him and put up with him. Theobald also covered the Chicago Bears, Peoria Chiefs minor-league baseball and Major League Baseball.