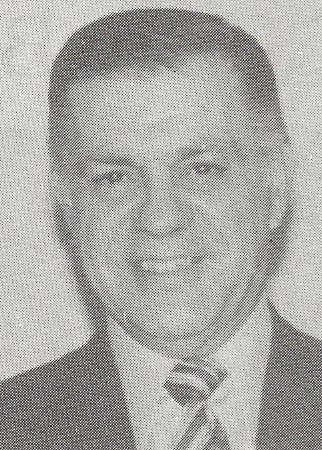 Biography: Joe Michelich’s career in writing began as a high school junior at Auburn (IL) HS. He continued writing while attending Wayne State. His career included stops in Michigan, California and Texas. Michelich returned to Auburn when he bought the paper there and in Divernon. Michelich not only wrote for his papers, but also for the Chicago Daily News. Michelich, because of his knowledge of the Michigan prep scene, always championed the multi-class system in Illinois. Used to the four-class Michigan system, Michelich thought it absurd not to adopt a class system in Illinois and said so many times. Michelich was convinced that Illinois needed three systems. Michelich was also concerned with the situation in the Illinois Elementary School Association which he thought needed a class system.