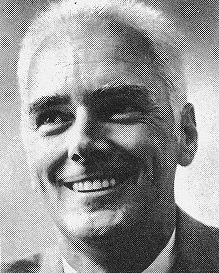 Chuck Keefer was an outstanding prep sports writer for the Rockford Morning Star and Register-Republic.  He covered prep sports in the Rockford area for many years prior to his 1973 induction.  His arrival in Rockford followed short stints covering sports in Elgin and Kewanee.  Chuck was a regular at the state tournament beginning in 1952.  Chuck was also on the board naming all state players in both football and basketball.  In 1964 he won the AP Writers Award.  A graduate of New Trier HS, Lincoln Junior College and Florida Southern College, Chuck found his home in Rockford.  Chuck Keefer passed away on April 14, 2001.