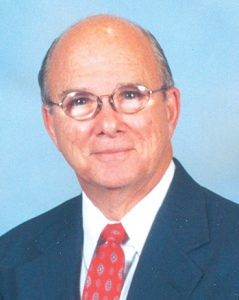 Biography: Bill Schrader joined the Champaign News-Gazette in 1953 while still a student at the University of Illinois.  He became sports editor in 1955and selected the News-Gazette’s all state football and basketball teams.  He started the paper’s all state banquet in 1956.  Bill promoted his last all star game in Champaign in 1960.  He covered the Southern Illinois sports for the Evansville Courier & Press in 1963-65.  Bill then joined the Bloomington, Indiana Herald Telephone in 1966 as sports editor and at the time of this induction in 1973 was the editor and associate publisher.