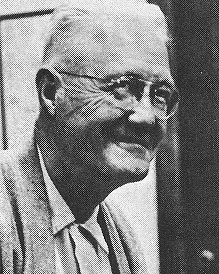 Biography: Bob Drysdale, sports editor of the Illinois State Journal in Springfield for 40 years-from 1922-1961, sadly died on March 17, 1965—ten years before his posthumous selection into the IBCA Hall of Fame in 1975.  He left behind a collection of fascinating legends with legions of fans and friends.  He made “The Dope Bucket” with its famous fast line, a virtual household term in central Illinois.  While Bob covered all sports, he became famous on a nation scale for his coverage of harness racing.  In the prep sports area, Bob is best remembered for his identification with the development of great basketball in the central part of the state.  Bob played an important role in promoting high school basketball and particularly led the way for the smaller schools.