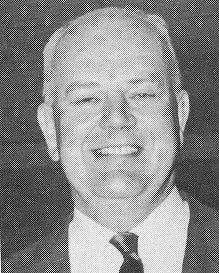 Biography: Don McIntyre officiated high school basketball in Illinois from 1949-1966. During those years, McIntyre was a fixture in such leagues as the Suburban, West Suburban, Big Eight, South Suburban, North Suburban, Upstate Eight, and Suburban Catholic. Players in five DeKalb and three Elgin Christmas Tournaments competed under McIntyre’s watchful eye. McIntyre served as president of the Suburban Basketball Official’s Association from 1962 to 1966. McIntyre placed his striped shirt in the drawer for the last time after the 1965-66 season. He still holds a season ticket to Proviso East games and often attends two or three games a week. Bill Chesbrough, the 1986 Hall of Famer who coached Elgin for 30 years, said of McIntyre, “Mac was involved in a lot of games during the season and regionals. He was always steady. You could always feel good about having him doing your game. He had good judgment on both ends of the floor.”