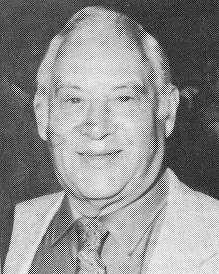 Biography: Sam Zussman officiated basketball in many of the various suburban leagues from 1938 through 1963. Zussman, was one of the charter members of the Suburban Basketball Officials Association. Zussman’s whistle was heard in holiday tournaments at Hinsdale, Elgin, Rockford, Morris, Yorkville, and Momence. A Proviso Township Trustee, Zussman attended weekly high school games and did not miss a state tournament game for over 3 decades. Zussman was honored for his dedication to basketball by the Suburban Officials in 1960. Zussman remained active in assigning young officials to grade and junior high school games throughout his life. Sam passed away on January 8, 2000 at the age of 92.