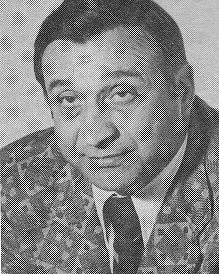 Biography:  Tony Sacco attended St. Ignatius High School in Chicago where he lettered in football, basketball, and track. Sacco set a record for the longest touchdown run of 99 yards against St. Phillips. A graduate of St. Ambrose College in Davenport, Sacco participated in football, basketball, and baseball. A little All-American quarterback, Sacco played in the 1940 Chicago Tribune College All-Star game. As an official, Tony worked 28 IHSA regionals, 23 IHSA sectionals, 11 super-sectionals and the state finals in 1961, 1962, and 1963. His championship game was the first to be played in the Assembly Hall when Anthony Smedley’s fantastic shot from the corner at the horn gave (Chicago) Carver High School a 53-52 win over Centralia High School. Sacco worked five consecutive Chicago Public League finals with five different officials, and was named in a Chicago Sun-Times poll as the No. 1 basketball official in Illinois. Sacco also worked college football and basketball in the Big Ten, Missouri Valley, CCIW, and the National Football League for over 18 years. He has called NIT, NCAA and NAIA playoff games in basketball and has worked the NFL championship game. Tony Sacco passed away on September 11, 2002 at the age of 84.