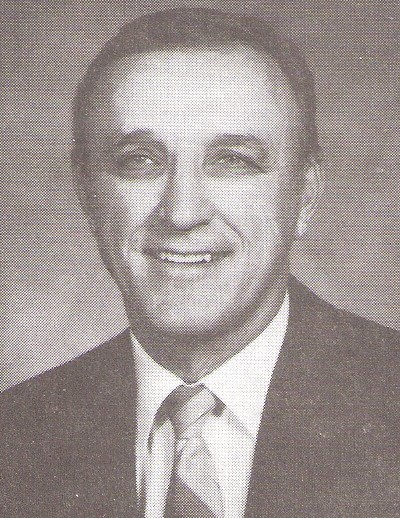 Biography: Jim served as a state high school basketball official for 24 years.  He was instrumental in encouraging new officials to study and strive for self-improvement.  He was always willing and eager to provide meaningful assessments of a young official’s performance, highlighting their strong and weak points.  Jim was respected by coaches and officials for his knowledge, hustle, and fairness.  In his 1,200+ assignments, Jim worked numerous holiday tournaments, 16 IHSA Regional tournaments, 8 IHSA Sectional tournaments.  In 1972, ’73, and ’75 he worked the IHSA Class A State Finals in Champaign.  Jim Bollinger died on August 16, 2012 at the age of 84.