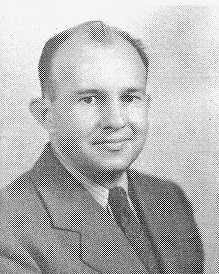 Phil Mann was a graduate of Flora HS.  He was a member of the team that placed third in the state tournament in 1926 and was selected on the second team all tourney.  After graduating from the University of Illinois in 1930, Phil began a long a distinguished officiating career that spanned the next 25 years.  Phil worked over 32 tournaments for the IHSA including the finals in 1941 and 1942.  Phil was a member of the Honorary IHSA Officials Association and served as the Assistant Regional Superintendent of Schools in Clay County.  Phil Mann passed away on April 25, 1998.