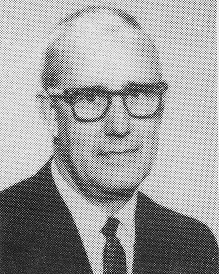 Biography: Ralph Davison was an all-state player while playing at Johnston City when it won the state championship in 1929.  He then played collegiately at Southern Illinois University.  Ralph served as its captain during the 1933-34 season.  After college, he embarked on a 40 year coaching career that included stops at St. Charles, MO., Sparta, Anna-Jonesboro, Beardstown, Benton, Harrisburg, and Johnston City.  His teams won 12 conference titles and eight regional championships. His 1936 Johnston City team was third in the state.   They also reached the quarter finals in 1938.  His 1960 Benton team reached the Sweet Sixteen.  At Harrisburg, he coached the first conference championship team.