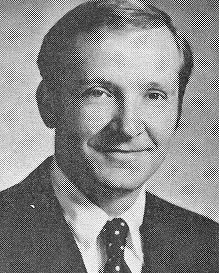 Biography: The Southwestern Conference has produced a horde of fine basketball players over the years. One of the finest was Bill Altenberger of East St. Louis High School. As a junior, Bill was a 3rd team all-state player. He moved up to first team after his senior year. In addition to this honor, he was the prep player of the year in the St. Louis area. Altenberger established a 12-game league mark of 291 points scored including a single game mark of 44. His two-year average for the Flyers was 21ppg as he scored a total of 1,073 career points. After playing in the North-South Cage Classic at Murray, Ky.; Altenberger attended the University of Illinois where he played for three seasons, starting for the Illini during his final two years.