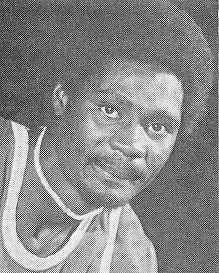 Biography: Boyd Batts was a three-year regular at (Dolton) Thornridge High School in that glorious span of time when the Falcons won consecutive state championships and posted a three-year record of 84-8 from 1970-72. Boyd scored more than 1,500 points and at the time of his graduation, held every Thornridge rebounding record. Twice he was an Illinois All-State plyer. As a senior, he was named as a high school All-American player. For many years, Boyd held the state tournament record for scoring 37 points in the championship game. His tournament record of 113 points scored stood for many years. Additionally, he ranks among the all-time leaders in state tournament rebounds. He continued his playing career at UNLV where he as the team captain during his senior season. He led the Runnin’ Rebels to a 4th place finish in the NCAA tournament. Boyd was drafted in the 6th round of the 1976 NBA draft by the New York Knicks.