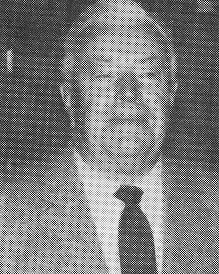 Biography: Few basketball players in Illinois can equal Dick Morgan’s high school feats. Morgan played in four straight state tournaments for Canton starting in 1923 and ending in 1926. (Please note that in those days only four teams made it to Champaign).  Coach Mark Peterman took Canton to third place each of the first three times. As a senior in 1926 Morgan played on the Canton team which placed second to Freeport in the first state tournament played in Huff Gymnasium. The first three were played in the old gym annex at The University of Illinois. For his efforts at Huff, Morgan was named to the all-tournament team and was named to the all-state team.