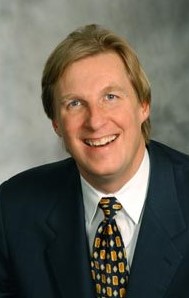 Biography: Glen Grunwald is the only player to ever make the Chicago Daily News all-area team four straight years. From 1973-1976 he also received the Chicago Tribune Golden Basket Award. The 6-9 Grunwald was an all-state player for four years at (Franklin Park) East Leyden HS and during his junior and senior years was named to the All-America team. Grunwald averaged 21 points as a sophomore, 23 as a junior, and 27 as a senior and totaled more than 2,200 points in his career at East Leyden. Grunwald teams were 28-1 and 25-1 and were ranked No. 1 in the state. Grunwald holds the distinction of earning five basketball letters at Indiana University from 1976-81 and served as team captain in 1981. Academically Grunwald was on the Dean’s List for eight semesters and was an Indiana University Rhodes scholar nominee.  Due to injuries, Glen never played professional basketball although he was drafted by the Celtics.  He later worked in the administration of the Nuggets, Raptors, and Knicks.  He has served as the general manager of both the Knicks and Raptors.  In 1999, Glen gained his Canadian citizenship.  He has since served as the President and CEO of the Toronto Board of Trade as well as for Team Canada.