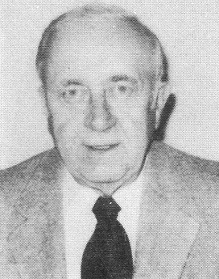 Biography: Stan Szukala was a regular guard for three years at (Chicago) Schurz High School and was an all-city selection in 1936. Szukala moved to DePaul University where he was a three-year regular and captained the 1939-40 Blue Demon team, which participated in the NIT. Szukala was a member and captain of the first college all-star team, which defeated the professional champions in 1940 and was named the most valuable player. He played two seasons with the Chicago Bruins of the National Basketball League before entering military service in early 1942 and playing guard on the great Camp Grant team in 1942-43, which defeated the famed University of Illinois Whiz Kids. Szukala was player-coach in Wilmington, Del., in the professional Eastern League in 1944-45, which reached the playoffs. He played with the Chicago Gears as a teammate of George Mikan in 1946-47. Stan Szukala passed away on August 30, 2003 at the age of 85.