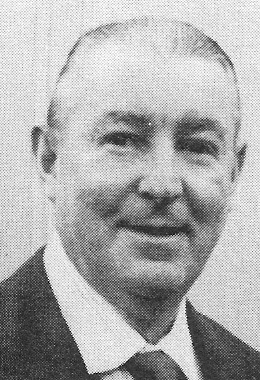 Biography: Ray Adams played three seasons of basketball at St. Patrick’s of Chicago. Adams was the team captain as a senior of the team which won the 1932 National Catholic High School Tournament. One of Adam’s teammates was coaching great Ray Meyer. Adams was a forward for three years at DePaul and was the Blue Demons captain as a senior. Adams participated in the 1936 Olympic playoffs. Adams was a professional player with the Oshkosh All-Stars and the Chicago Bruins of the old National Basketball League. His final playing days were in 1942-43 service ball with the outstanding Camp Grant team, which was one of the few teams to defeat the famed University of Illinois Whiz Kids.  Ray Adams died on August 26, 1992.