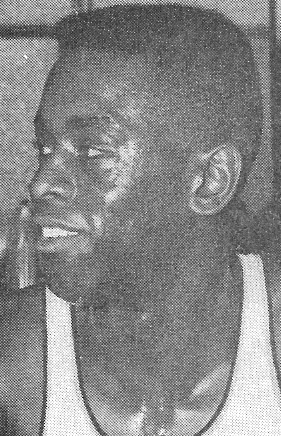 Biography: Tom Payne was a three-year player for Quincy High School and as a sophomore, was a member of the 1952 Blue Devil team which took the fabled Hebron team into overtime before the Green Giants took a 64-59 championship win. Payne led Quincy in scoring and rebounding as both a junior and a senior. The Blue Devils lost in 1953 quarterfinals to the second-place Chicago DuSable 80-66. Payne scored 52 points in two state tourney games. Payne was an all-state selection by the Chicago Daily News, Chicago American and the Champaign News-Gazette. Payne played three seasons at the University of Iowa for Bucky O’Connor. Tom Payne averaged 20 points and 14.5 rebounds. Payne’s son Michael was an all-American high school player at Quincy and played on the second-place team of 1979 and championship team of 1981, before attending Iowa and playing four seasons and entering the IBCA Hall of Fame in 1986. Tom Payne died of cancer in June of 1984.