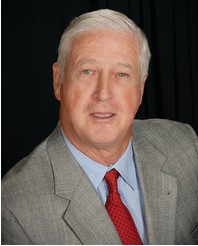 Biography: George transferred from Grant High School to (Mt. Prospect) Prospect High School where he started on Prospect’s first two varsity teams that won 47 of 51 games (22-2 in 1959-60 and 25-2 in1960-61).  George was the program’s first All-State player (Champaign News Gazette in 1960-61) as a senior on the Knights’ quintet that ranked as high as No. 2 in the state behind Collinsville High School.  George played for HOF head coach Dick Kinneman.  George’s senior season ended in a sudden death OT loss in the IHSA Sectional–the rule was changed the next year.  He then lettered for three seasons at the University of Michigan under head coach Dave Strack (1962-65).  George appeared in 76 career games with 23 career starts for the Wolverines.  He played on 23-5 and 11-3 Big Ten Conference champions that finished No. 2 in regular-season AP and coaches polls and reached NCAA Final Four (1963-64).  George started 20 times on 24-4 and 13-1 Big Ten champs that finished No. 1 in both regular-season national polls and advanced to NCAA championship game vs. UCLA.  H played in eight NCAA tournament games (1964 & 1965).  George was named Second-Team All-Big Ten Academic (1964-65). He became the second Michigan basketball player in history drafted by the NBA (third pick in 15th round by the St. Louis Hawks).