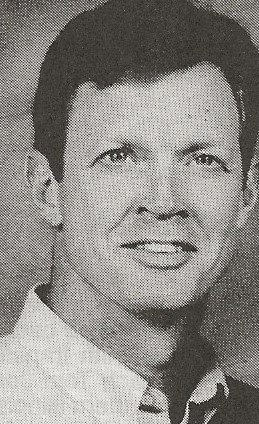 Biography: Paul Mellen was the player you would certainly want to shoot the ball. As a senior at LaSalle-Peru, Mellen shot a sparkling .673 from the field while averaging 22 ppg for a team that finished 27-2.  Mellen reached his 6-foot-9 height as a sophomore and was elevated to the varsity part way through the 1969-70 season. The Cavaliers would post a 29-3 record, finish the regular season ranked fifth in the state and reach the IHSA Elite Eight in Champaign.  As a junior, Mellen led the 22-6 Cavaliers in scoring (18.5 ppg) and rebounding (10.0 rpg). His season and L-P’s ended in the final game of the IHSA Princeton regional when he broke his right leg in the first quarter. Mellen was named to the Central Illinois Classic all-tourney team and the all-North Central Illinois Conference (NCIC) team.  The leg was no bother as a senior as Mellen averaged 22 ppg and 14 rpg a game as the Cavaliers ranked second in the final regular-season AP poll. He was all-NCIC, all-Pontiac Holiday Tournament and Chicago Daily News all-state. He also was the Cavs’ MVP.  Mellen’s school-record shooting percentage included an 11-for-11 game. He also made 28 consecutive free throws. He had 24 rebounds in a game and 7 blocked shots in a game. His 1,192 career points ranked fifth on the L-P career list at the time of his induction (remember that there was no 3 point shot at this time).  Paul played at Drake University from 1972-76. He traveled to Brazil in the summer of 1973 with a Missouri Valley Conference All-Star team that went 11-1 against Brazilian teams. As a junior, Mellen played on a slow-starting team that won the final National Commissioners Invitational Tournament and was ranked 16th in the final NCAA AP poll.